We finally got a real winter snow fall here in TO!
So now let's hear about your favourite or memorable snowman/men/sculpture from years gone by...

Lay off the Layoffs... 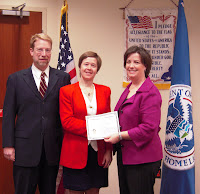 The ceremony was simple but I was very moved. There were 99 of us (and a jammed back-of-the-room of spectators) -- a bumper crop of new citizens all anxious because of a week's worth of snow day postponements! Mr Kim, the DHS fellow in charge of the ceremony, began by calling the roll of countries, and asking each candidate to stand as his or her country was called out. There were two other Canadians. Other significant groups were from India and Pakistan, Mexico and Columbia, but there was a broad distribution of nationalities represented.

We repeated the oath, phrase by phrase. Then the lady in pink explained that as we were all now citizens, we would recite the pledge of allegiance to the flag together (as posted behind the flag on the wall). The American National Anthem was played, followed by a welcome video message from the President (when they said that, I realized that after 8 years of the previous Administration, the back of my brain was so used a feeling of dismay when hearing "the President" that I was very briefly surprised and then very pleased to be welcomed as a new citizen by the appearance of Barack Obama as the epitome of someone achieving a dream), and a "musical tribute" which was video of new citizens voiced over by Lee Greenwood's "I'm Proud to be an American" (which I think more people tried to sing than they did the national anthem, but maybe that's because it's in a key you can sing).

Then certificates were handed out one by one, with photographs invited and even offering the services of Mr Kim as photographer if you didn't have a family member there to take a picture for you (in a facility that was clearly marked all the way in as forbidding photographs. Apparently one of the things you learn as a new American is when to gamble on breaking the rules).

First act as American citizen: apply for new passport in order to leave for Canada (and here I thought I was done with standing in lines to get identity documents! I am traveling less than two weeks from the day this photo was taken, so have to go pay for expedited service to stand in line at the US Passport Office and Get Done in person).

Yes, I will keep my Canadian passport. However, my ability to return to the country where my house is will continue to require U.S. government documentation. Up until last week, that documentation (visa, or petition for change in status, or green card+NEXUS/GOES card) also required me to present my Canadian passport. Now I still require U.S. government documentation, but by this time next week I will have TWO different things to not lose: both a US passport and a passport card.

Good news: Unlike Canada, USA doesn't charge nearly as much money for expedited service, nor require Passport Guarantors -- fine upstanding doctors, lawyers, accountants or Aboriginal Leaders who used to be called Indian Chiefs -- to sign off that your passport picture really is you), nor (for expedited service) three friends standing by on the Help Line for 24 hours so the passport office can call them to verify that you really do have a strange laugh and that weird mole on your shoulder). And I won't need the expedited service next time.

Next up:
- notifying Social Security Administration
- notifying FAA
- and...voter registration. Unlike enumeration, it doesn't come to you. Also unlike enumeration, you only have to do it once.
- and I don't have to register for Selective Service (aka The Draft / military conscription) because I'm over 26 ("not by much" JJ chimes in) and female. See Linked info for Why Women Aren't Drafted in USA.

I thought it would make cheering for the Olympics more complicated, but now it's easier: I have two teams to cheer for.

We're still havin' fun...and he's still the One!
How cool that this is everyone who was at the ceremony...
And that the proposal is still on record as the Most Romantic Debate in Hart House history! 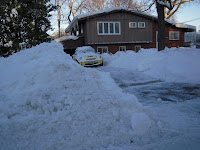 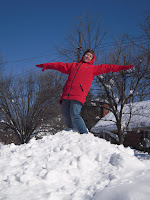