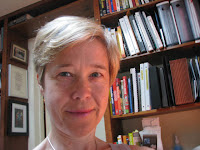 Getting ready for our week at the beach, coming up. We'll miss you all at the farm, and hope you have a wonderful time together there. My climbing partner inadvertently gave me the push to get a new camera, when she accidentally dropped my previous one off a 25-foot cliff a couple weeks ago.

I bought a new Canon S-5 (see test self-portrait) bigger than the tiny things but has the flippy screen and the manual controls I wanted. Does impressive video that is instantly accessible (rather than hidden in a nest of menus, which is why I never used it in the Nikon) and has some very cool features I'm still learning about. Shutter lag is no longer a problem, the TTL feature is MUCH better, and the 0-0 super macro is amazing. It also has a nifty stitch-photo feature, that holds the image of the previous shot so y0u can line up the next one, as well as software to sew them together. Still learning how it works, but vacation should be good for that, and I will have figured it out by the time we head for Italy with Mom.

Today is my 20th anniversary as a pilot. That's fairly amazing, really. Thanks to each of you for your enthusiasm and interest at various points with my pursuit, and for being generally willing passengers (I remember taking
It's been a great adventure, and I'm glad that it's a continuing one. If mental activity is one of the hedges against Alzheimer's, I'll take flying over Sudoku any day.

Climbing also continues -- nothing spectacular to report. I did a couple of outdoor climbs at Great Falls (including my camera casualty trip), the hike I enjoy at Old Rag (love to do that with any of you who come to visit!!), and will be doing another skill-building course in August. The week after we get back from Italy, I will return to New River Gorge for a weekend of outdoor women's climbing ("Goddesses on the Rocks", hosted by Sterling Rope) in West Virginia. I will be climbing indoors with my friend Linda in a couple hours.

The only upcoming travel I know about right now will take me to Saskatoon for the Western Aerospace conference on 24-26 October.

While it's early, let us know about plans for Christmas...we are VERY tentatively thinking of coming up to southern Ontario after Christmas but before New Year's. 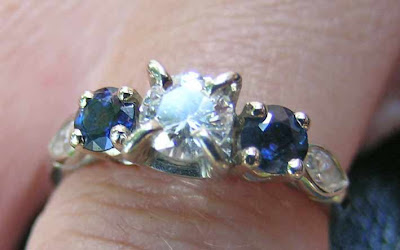 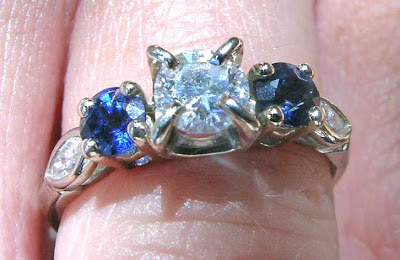 We tried a little 3 day camping trip to Long Point Provincial park on Lake Erie. Simon like it. Chloe smiled at it. In spite of one night of torrential rain, what more can ya ask for. 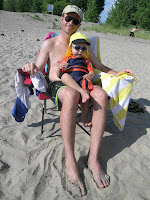 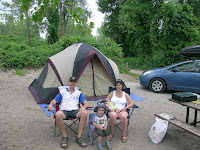 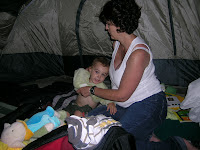 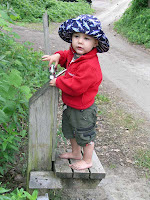 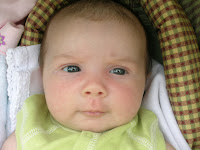 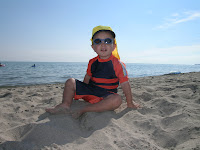 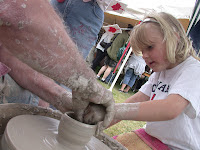 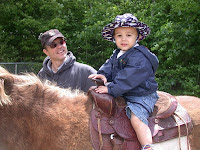 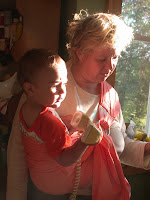 Left to right, Fiona throws a pot at Buckhorn Community Centre's Canada Day Festivities; Simon rides a pony with Dad, and Karen slings Simon while he takes a call...
Posted by Judy Bradt at 7/05/2007 09:45:00 PM No comments: 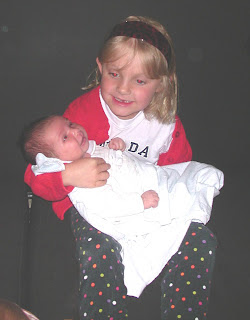 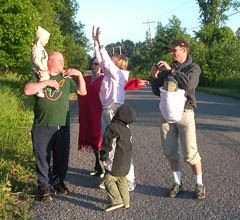 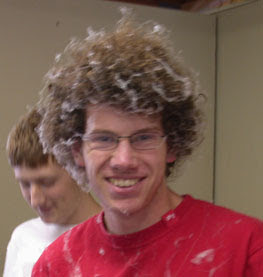 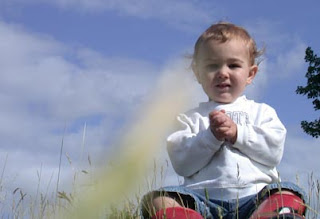