Fun on the Farm

It's a video!  Fiona was trying to repeat everything Simon Says.  He kept making it harder and harder till she couldn't do it anymore.
Transcript as requested:
Finoa: There's a... Kitchen, Living room
Both: Laughter
Simon: Bottle up there (referring to some bottle on top of the cupboards or something)
Finoa: Bottle up there
Both: Laughing with glee (who quite knows the reason...)
Posted by Lorne at 1/30/2008 05:06:00 PM 1 comment: 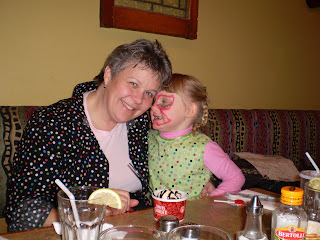 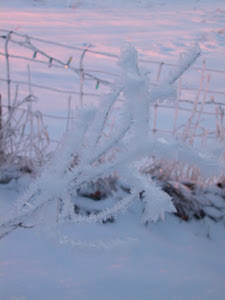 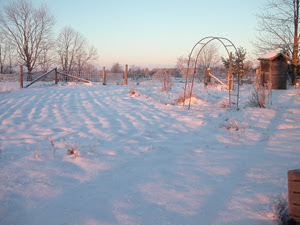 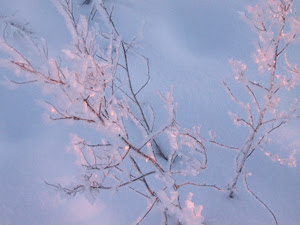 A frosty wednesday morning made me grab my camera after Fiona got on the bus to capture some of the wonder of nature.
enjoy! 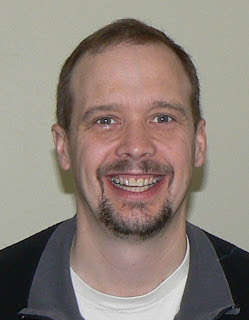 Our trip north of France

A few pix from our visit to friends Nathalie, Bernard and their son Eliott outside of Brussells Belgium last weekend. 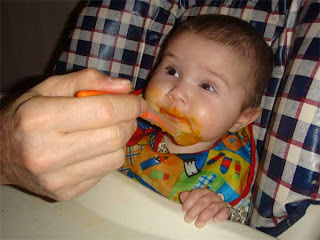 Chloe decided she LOVES carrot baby food from a jar. 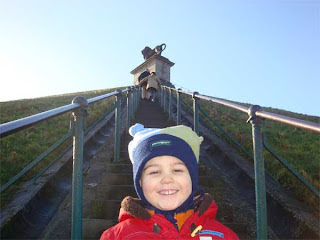 I liked Waterloo for 5 years. Simon liked it for an hour. It's a start...
He will tell you who lost the battle of Waterloo, then ask you where Napoléon put it. 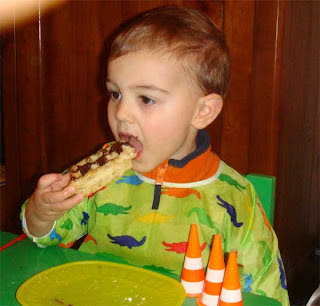 Yep, it's a genuine Belgian Waffle! 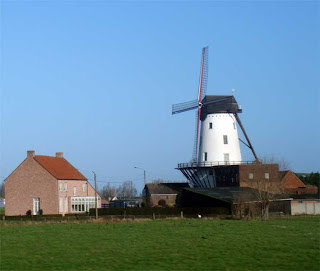 A windmill in Flanders. 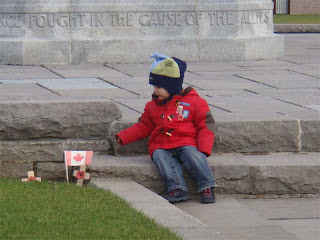 In Flanders fields. We visited Passchendale near Ypres, location of one of the worst battles of WWI. Canadians had terrible losses here to gain a victory that changed the course of the war.. 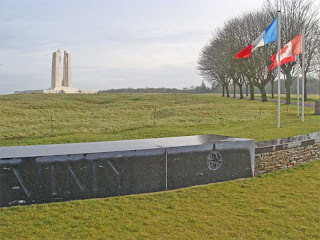 The Canadian memorial at Vimy, newly restored for the 90th anniversary last November. 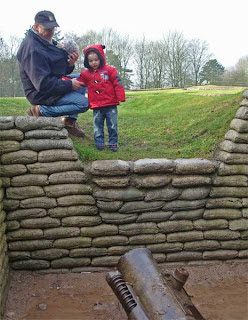 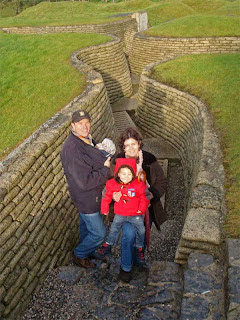 They preserved a couple of trenches, German and Allied. Here they were only 20 metres apart. A 'gernade throw' as the guide put it.
There are also many tunnels, a few 100 m of which are restored there that are closed in winter due to water and lack of staff to do tours. The lone canadian exchange student at the visitor center was bored enough to close the center and take us on a private tour through them. some pics on the other camera will have to wait till later to show you.

lights flickering due to strong winds
need to get off line
hugs to all who got me this far!
(that's all you bradt's and gertlers)
love
ME
Posted by woolley ones at 1/09/2008 07:52:00 AM No comments: 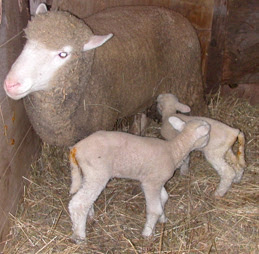 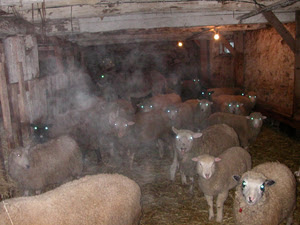 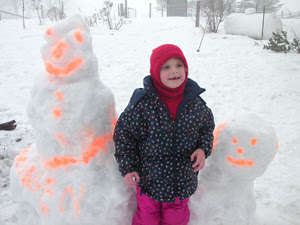 Meet Jack Frost and Rosemary - the twins that arrived on the CCColdest day of January. -29 degrees!
these pix were taken on a warm balmy day not a week later
the temp was +5.
So we built a snowfiona and her snowlamb
today it's +11
all's well
gott go puzzle making with Fiona
Posted by woolley ones at 1/08/2008 10:49:00 AM 1 comment:

Gathering at Lorne & Corinne's...While They Were Out! 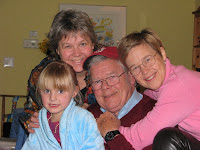 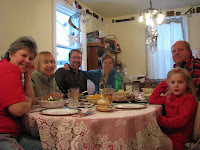 Here's our Christmas Eve Dinner at the Farm...


Link here to PICASA for the rest of the best! 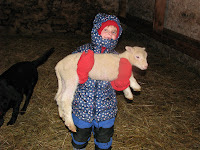 From the farm to all of the family
near and most of them VERY far
Happy New Year
Dave, Ben and Natalie were no doubt the first to be in air as new year arrived.
Where exactly were you?
I'm the youngest "bradt" on this continent! Cool - even if I'm a woolley-bradt.
9 lambs a bouncing in the barn
one fiona a bouncing in the house
lots of snow, glenn's working and glad to have Jerry the Blazer
no big plans for the day
We were in bed at 9:45 and snoring by 10 last night
man - have times a changed!
Love to all
woolley ones